Windows Server 2008 is one of the most popular offerings ever from Microsoft.

In fact, on a worldwide basis there’s still roughly 20 million servers running this OS. But it was really designed for a different era.

Things like cloud computing and cybersecurity all reqire a modern OS.

So Microsoft has announced the official end of support for Windows Server 2008. The effective date is January 14, 2020.

That’s really not that far away when you think of everything that has to be done to upgrade an OS, especially testing the applications to make sure they’re rock solid before you go live.

It’s going to be really challenging to run a business on this legacy operating system after 2020 and even though many companies may feel comfortable with an unsupported OS, there are regulations that require many businesses to be on a secure, supported OS. So continuing to run on it may not be an option. 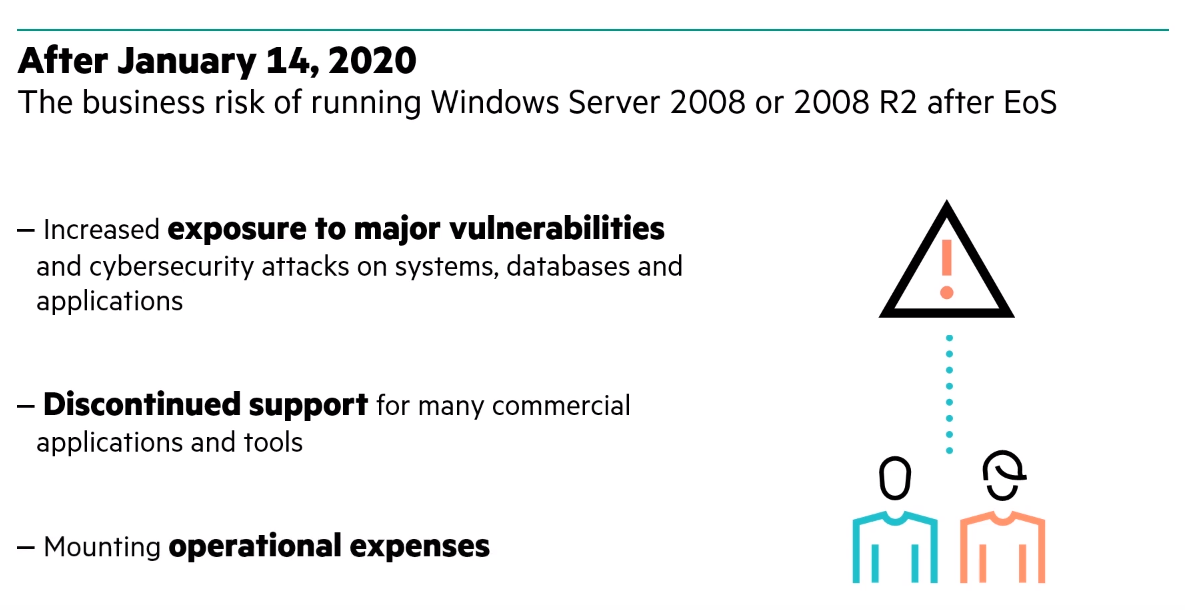 Significantly higher risks of cybercrime is probably number one.

The second thing is that many application vendors will probably cut off support once the OS is not supported. So you’ll have unsupported applications running on an unsupported operating system.

The third thing is legacy systems are really expensive to maintain.

So who’s going to be affected? The numbers are really startling. 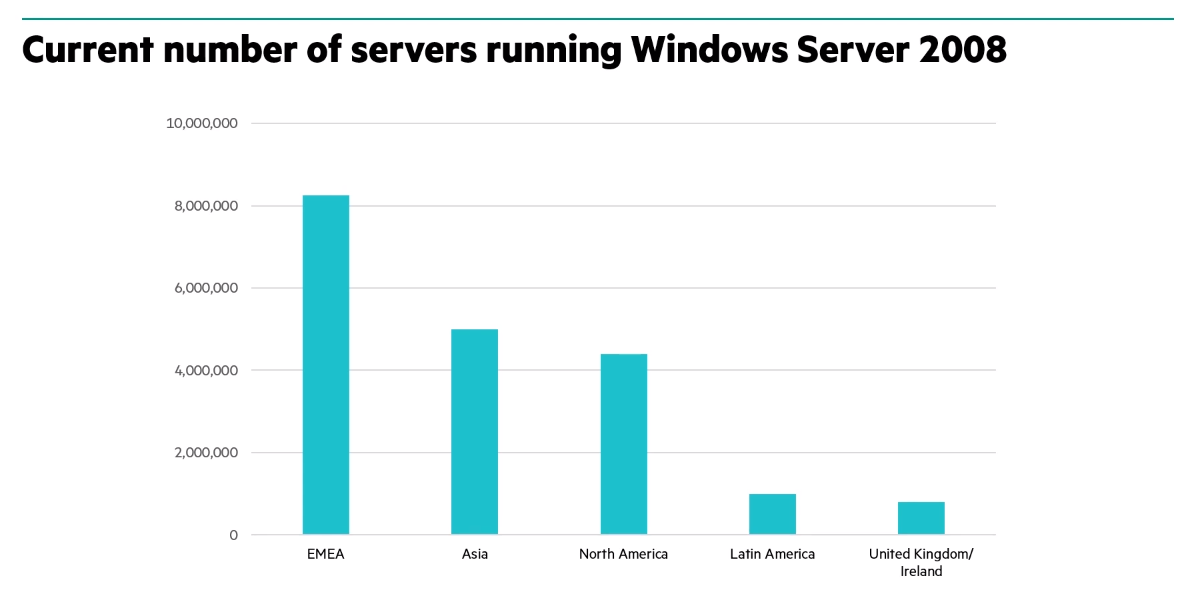 Apparently people really loved Windows Server 2008 because it’s in broad used all over the world.

In fact, in North America more than four million servers are facing this end of support deadline.

Many organizations will be tempted to wait until the very last second for the end of support deadline for 2008, but there are very compelling reasons to do it as soon as possible.